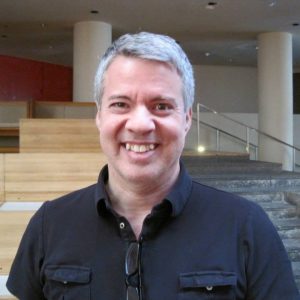 I’m a writer and editor and just starting offering coaching. You can more on that here. I’ve been a contemplative for three decades, much of that practicing centering prayer. For just as long, I’ve been in publishing and software development. Until recently, I was director of content for Patheos, the huge faith-based site with sections ranging from Catholic and Evangelical to Pagan and Atheist. Before that I was editor at ecumenical faith-based book publisher Paraclete Press. I’m on the leadership team at St. Lydia’s Dinner Church in Brooklyn, NY. I’ve been a political party leader, videographer, web developer, tech journalist, punk roadie, software designer, sheepherder, stockbroker and downtempo radio DJ. I used to say the common thread was the process of learning about stuff, figuring it out and explaining it to others. Now I realize I have very little figured out, and hope only to muddle along with my values intact.

In this world filled with unfathomable waste of potential, lately I’ve been coming to focus on human flourishing, so that more people experience their world as substantially friendly, and feel they belong — to the global community of humans and to a local community that shares responsibility. This is achieved primarily through dispelling or embracing differences — de-othering people. This means helping people see and focus on similarity rather than difference, on building a sense of communal connection with humans across the globe, and with the planet itself.

Most of my life, I’ve worked on other people’s projects, and while they were all worthy, I deeply believe the only path forward for our society is to cultivate groundedness and flourishing and reorient toward compassion / love and that people who cultivate these things are more effective with more happiness and contentment, which is the only chance of improving the world long term. That’s why I’ve started coaching.