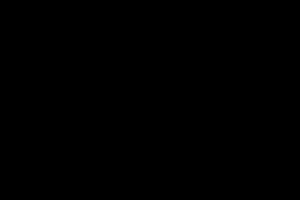 It was all of 13 minutes after midnight on Tuesday night when I went to look up something in Wikipedia… even though I knew the blackout protest was coming and had posted about it. If you didn’t know what was going on or would like to learn a little more about SOPA and PIPA, with hopefully a slightly spiritual angle, read on. But I want to stress, this is not a partisan issue. As I’ll explain later, the line between supporters and opponents has little to do with party affiliation. As Wikipedia said, in its message about participating in the blackout:

It is the opinion of the English Wikipedia community that both of these bills, if passed, would be devastating to the free and open web… although Wikipedia’s articles are neutral, its existence is not.

If you’re not interested, forgive my using this, oh, let’s call it a point of personal privilege. SOPA and PIPA are bills before the U.S. House and Senate, respectively, that aim to fight copyright infringement in the digital sphere. As such, their supporters are portraying them as simply fair. But the bills present a clear-cut dividing line between the interests of big business and the interests of free and vital internet and tech industries. And since a good amount of the public conversation (including this column) is on the internet, that means free speech. The health and vitality of speech on the net is of personal importance. I hope I can explain why it is important to you too.

What’s the big deal about SOPA and PIPA?

In a nutshell, piracy and bootlegging are already illegal. (You’ve seen that obnoxious message from the FBI at the beginning of every DVD that you can’t fast-forward through.) But enforcement is always tricky; rules about appropriate reuse are confusing and not always reasonable; piracy operations are overseas and there is no barrier for U.S. internet users to foreign sites (at least for now.)

Piracy will always exist, just as the poor will always be with us, at least until an entirely new phase of existence is manifest. You cannot “solve” these problems. That’s the trap people fall into. They crave simplicity, black and white answers, a sense of security and control in the face of the messiness of life. Promoters of new laws like SOPA and PIPA always promise people that if they just give up a few little freedoms then life can be less unpredictable, more secure. It doesn’t work and even if it did, it isn’t worth it.

The bills’ supporters are from those industries that make their money off of controlling intellectual property: movie studios, record labels, TV networks, some consumer products companies and the pharmaceutical industry. Also, misguidedly, labor unions and the Chamber of Commerce. Its opponents are, well, everyone else, from internet companies to most constitutional scholars. In Congress, this plays out not by party line but by which industries if any the congressperson is aligned with (supported by?). I don’t know how much of the bills’ support is based on lobbyist and donor influence and how much is based on unforgivable ignorance of the technical implications of the bills, but either way, these members of congress are taking a stand as enemies of a free and open internet.

As I said, piracy is already illegal. That’s not the issue. Here is what the bills do that makes them unacceptable:

That spiritual angle I promised

I promised a spiritual angle; it is this: Piracy will always exist, just as the poor will always be with us, at least until an entirely new phase of existence is manifest. You cannot “solve” these problems. That’s the trap people fall into. They crave simplicity, black and white answers, a sense of security and control in the face of the messiness of life. Promoters of new laws like SOPA and PIPA always promise people that if they just give up a few little freedoms then life can be less unpredictable, more secure. It doesn’t work and even if it did, it isn’t worth it. The way to contain piracy is to arrest the guilty ones you can catch and make it harder for the rest to do their thing. Existing laws cover that. These new bills apply a sledgehammer to the problem, hurting the open internet and your individual liberties in order to make it incrementally easier for rich copyright holders to make bigger profits.

In the house, SOPA is sponsored by Lamar Smith (R-TX) There are 31 co-sponsors, including Republican Rep. Pete King of Long Island.

In the senate, PIPA’s sponsor is Patrick Leahy (D-VT). There are 40 other senators who have signed on, including both Democratic NY senators.

Leading opponents in Congress include Republican Carl Issa who is a former tech CEO, Democrat Nancy Pelosi whose district is full of them, and Ron Paul.

And after diminishing our freedom, SOPA and PIPA probably wouldn’t even do that. The profits of media companies are not being threatened by sites like Pirate Bay. If anything, they’re threatened by physical bootlegging of DVDs and CDs, and more significantly, by the fact that the mere existence of an open internet has changed the rules of the game, making it possible for people to get content from many new sources, and making them less willing, for example, to pay $16 for an album of which only one dollar ends up making it to the artist. These same industries tried to stop VHS players and audiocassettes. But the VHS player revitalized the film industry and made it many times bigger than it was before. And the explosion of ways musicians can now produce and distribute their music is equally exciting. These folks always get it wrong. They want to hang on to what they’ve got and make sure no one else gets any of it. In the process, they want to put this unruly mess called the internet under corporate control, as they think it should be. Let’s not let that happen.

SOPA in its current form was just shelved when the White House announced it would veto it, but PIPA is still moving forward in the Senate, and you can be sure SOPA will be back.

6 replies on “What Works: SOPA, PIPA and the Illusion of Control”

great piece and thank you very much for laying out very clearly the provisions of PIPA and SOPA as well as the impact and implications. can you include easy to go to links where we can write our congresspeople and senators?

Thanks Joe. I thought about including those links, but didn’t want to make things too overtly political. My goal was to inform people. You or someone else are welcome to provide those links here in comments. Also, both the links in the column, to Wikipedia and EFF pages about the bills, have those links.

Thank you for the perspective, Phil. Great article!

Great overview what the fuzz is all about. I especially loved the part about “legal” abuse. It somehow remind me about ucivilized civilization like in Africa for instance where the law basically is this; Who has the biggest gun!
If the law is passed you will have a similar situation in America where instead of the biggest gun, the question will then be; Who has the most expensive solicitor! God grief!!!

Oups! Sorry for the grammatical errors here and there… 😉